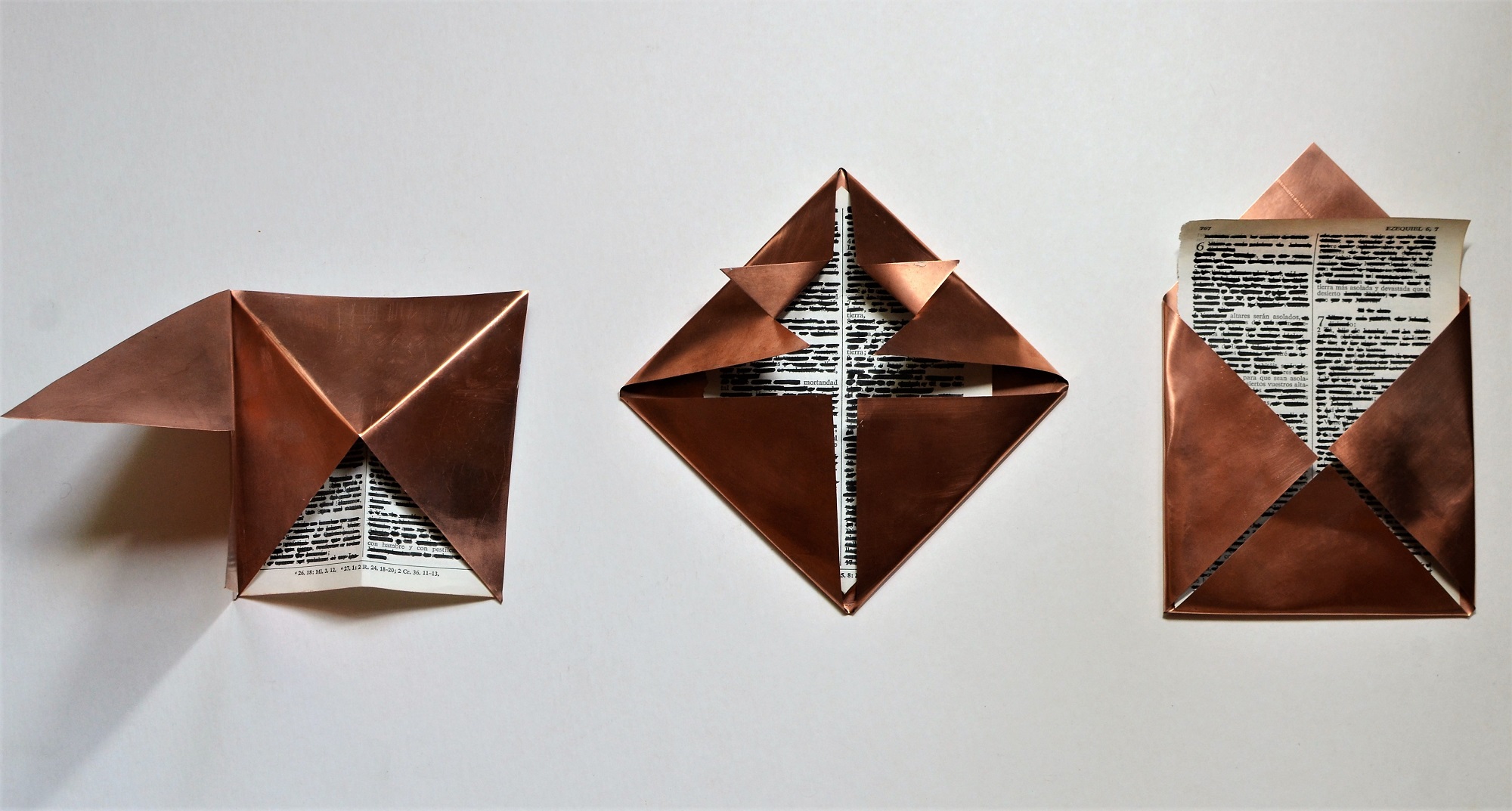 My nationality is Swedish-Ecuadorian and I have exhibited in solo and collective shows internationally.  I was born in Ecuador and I have called several cities across Asia, USA and Europe ‘home’ before settling back in Sweden in 2019. In 2011 I earned a Master’s in Fine Arts in South Korea and I also studied eastern philosophies and mindfulness. Whether performing, making installations, objects, prints or artist’s books, the repetitive aspect of my process becomes a meditative ritual to explore the elemental uncertainty of time and space or social inequities.

Lightness I, II & III were created in response to an invitational exhibition in NYC for Net Gain: Experimenting with Geometric Folding, resulting in a book. Materials such as recycled copper, India ink on altered Spanish bible pages are used as a metaphor for ephemerality, transmutation and purification. The words hunger/hambre, plague/pestilencia,  mortality/mortandad,  earth/tierra and verses of ruin and devastation on earth/asolado have been left unredacted. The work suggests dichotomies of sacred and profane, East and West, lightness and weight, creating and erasing. Mindfulness is an antidote for uncertainty. Zen teaches us to find the lightness of being “bearable,” and to rejoice in this lightness.